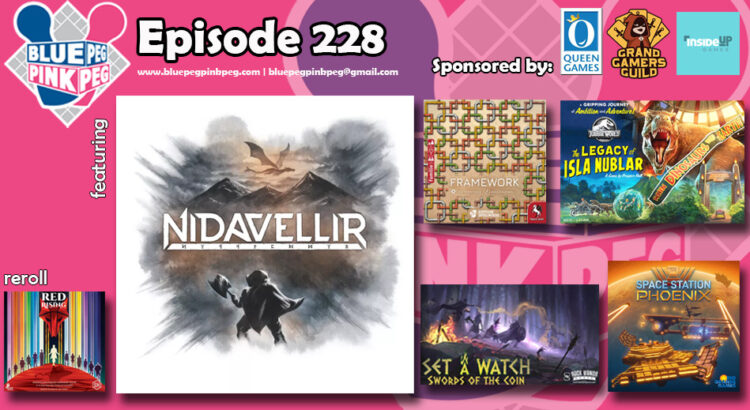 1) The Pegs discuss their recent game plays including Jurassic World: The Legacy of Isla Nublar, Framework, Space Station Phoenix and many more;

2) All the Pegs review Nidavellir; and

3) Look back at Red Rising.

Nidavellir is designed by Serge Laget published by GRRRREE Games and made available by Hachette Games. Nidavellir is a 2-5 player coin bidding game in which you, an Elvaland are assembling and preparing a formidable crew of dwarfs to take on the dragon Fanfir. Each player will take a kingdom mat board and one of the 5 basic coins, numbered 0,2,3,4,5. The starting gems will be randomly distributed amongst the players depending on player count, these gems essentially break ties and will be exchanged amongst the players throughout the game. The three taverns will be placed in the middle of the table in which the dwarves will be displayed in each tavern based on player count. Dwarf cards are composed of 5 different types or clans each having different scoring powers at the end of the game. On a players turn they will secretly choose which coin to place face down on each of the three taverns with the remaining two coins placed at the bottom to form their pouch. The coin chosen will determine in which order the dwarves will be recruited from the tavern. The coins are then revealed simultaneously and the highest coin choose first and so on, until all dwarves are recruited from each of the taverns. If the zero coin is placed on a tavern, that player will be able to secure a coin from the treasury that is equal to the sum of the coins in their pouch, with the newly acquired coin replacing the highest coin from their pouch. This continues until the Age I deck is depleted and then distinction is awarded. Distinction goes to each player who has the majority of dwarves of each type in their army. Distinctions give additional bonuses and/or benefits. After the distinction phase, AGE II deck dwarves come out and are displayed in the taverns. Once AGE II deck is depleted then the game is over. If at any time a player completes a set of dwarf types they have made a rank line and they can recruit a HERO to their army. Neutral heroes are placed in their command zone and other heroes are placed in the army that matches their color. Sometimes this triggers a new Rank line to be completed and a player can then recruit an additional hero. At the end of the game players add up all of their bravery points accumulated from each type of dwarf, hero cards and coins. Whomever was successful at building the strongest army wins! Now let’s head back to the studio to see who was the most successful in defeating FANFIR!

Check out our original review for Red Rising during Episode 203.

* Disclosure: These titles were received free of charge by the publishers or distributors. If you are interested in submitting a title for review, please read our Review Policy. 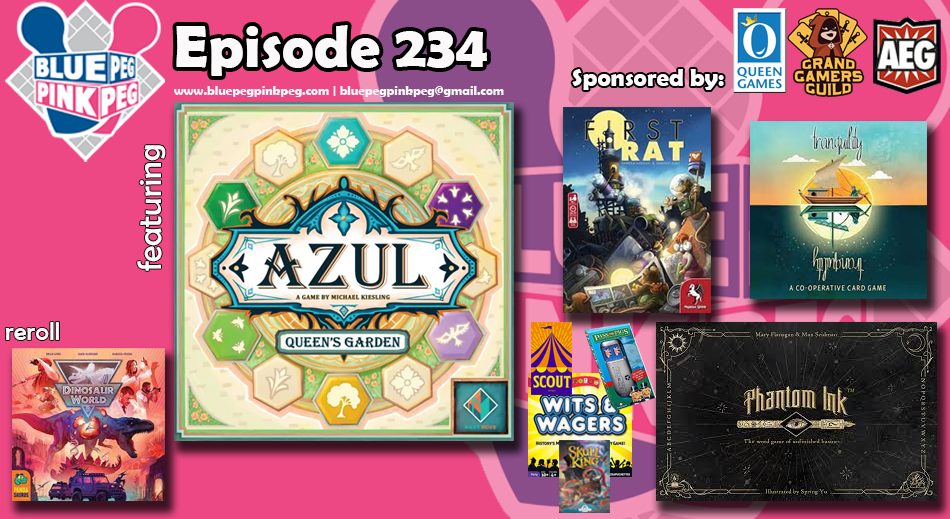